With just one small block of Malbec left in Hook Vineyard to be picked, I’m ready to call harvest 2022 a wrap. The vines have done their work for the year, and so has our vineyard team. 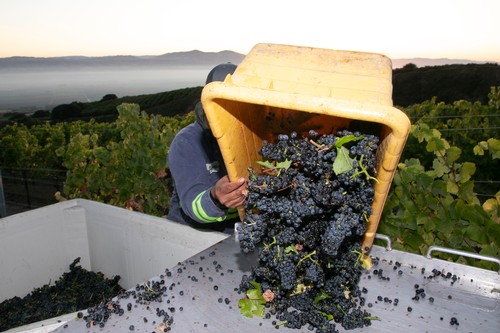 Of course, with farming things are never really “done done.” To get the vines ready for dormancy we’re watering and also applying fertilizer, essentially giving them food and drink before they bed down for the colder months. Some of the leaves have started to yellow, but I still see a fair amount of green in the vineyards. With no significant cold weather in the immediate forecast, I don’t expect to see leaves drop until mid to late-November, which is normal. 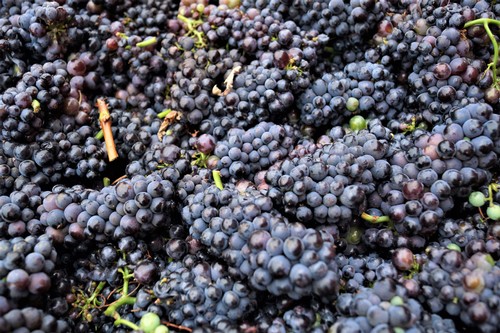 We’re also getting ready to plant cover crops in vineyard blocks with newer plantings, including some in Doctor’s and Lone Oak. Established blocks have native grasses that come back every year, so those we leave alone. But younger plantings need cover crops to provide nutrients and prevent erosion. We try to get those in just before the first rain so they have the benefit of moisture for germination. 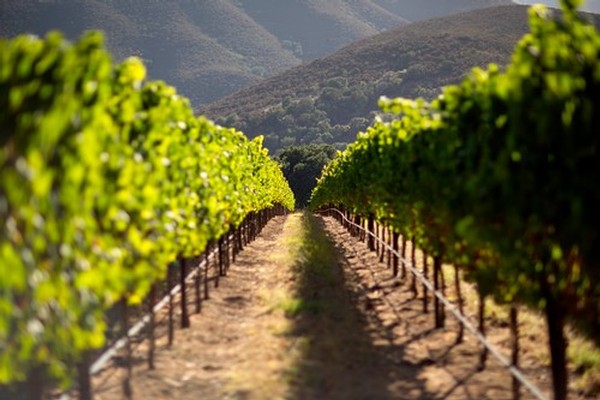 And because January is not that far away, we’re already making plans for pruning. Over the next few weeks I’ll be looking at the yields we had in each block in 2022. This helps me determine how we’ll approach pruning this winter; in blocks where our yields were quite low, we’ll think about leaving a little more wood on the vines. In no time at all, the cycle will begin all over again.

I can’t believe I’m about to write this, but we’re nearly halfway through harvest. As Megan reported last week, a multi-day heat wave hastened ripening throughout the Central Coast, and we’ve been bringing in grapes from vineyards throughout Monterey County and Paso Robles. It’s cooled off now, but we anticipate continuing to harvest at a rapid pace in the coming days. 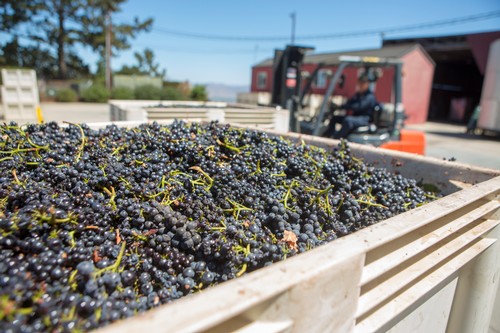 It’s years like this that I’m particularly thankful for our Pellenc grape harvesters. We pick much of our fruit by hand, but these machine harvesters allow us to bring in many more tons of grapes per day than we could otherwise. With the heat causing so many of our vineyard blocks to ripen simultaneously, the Pellencs have been a lifesaver this year, allowing us to get fruit into the winery in a timely fashion. Plus, a Pellenc harvester is a pretty amazing piece of equipment. Each of ours has an on-board sorting table with rollers that separate the berries and juice from the leaves and stems (known as MOG - material other than grapes). The grapes arrive at the winery in pristine condition, ready for processing. An added bonus: the MOG is left in the vineyard, putting healthy organic matter back into the soils. 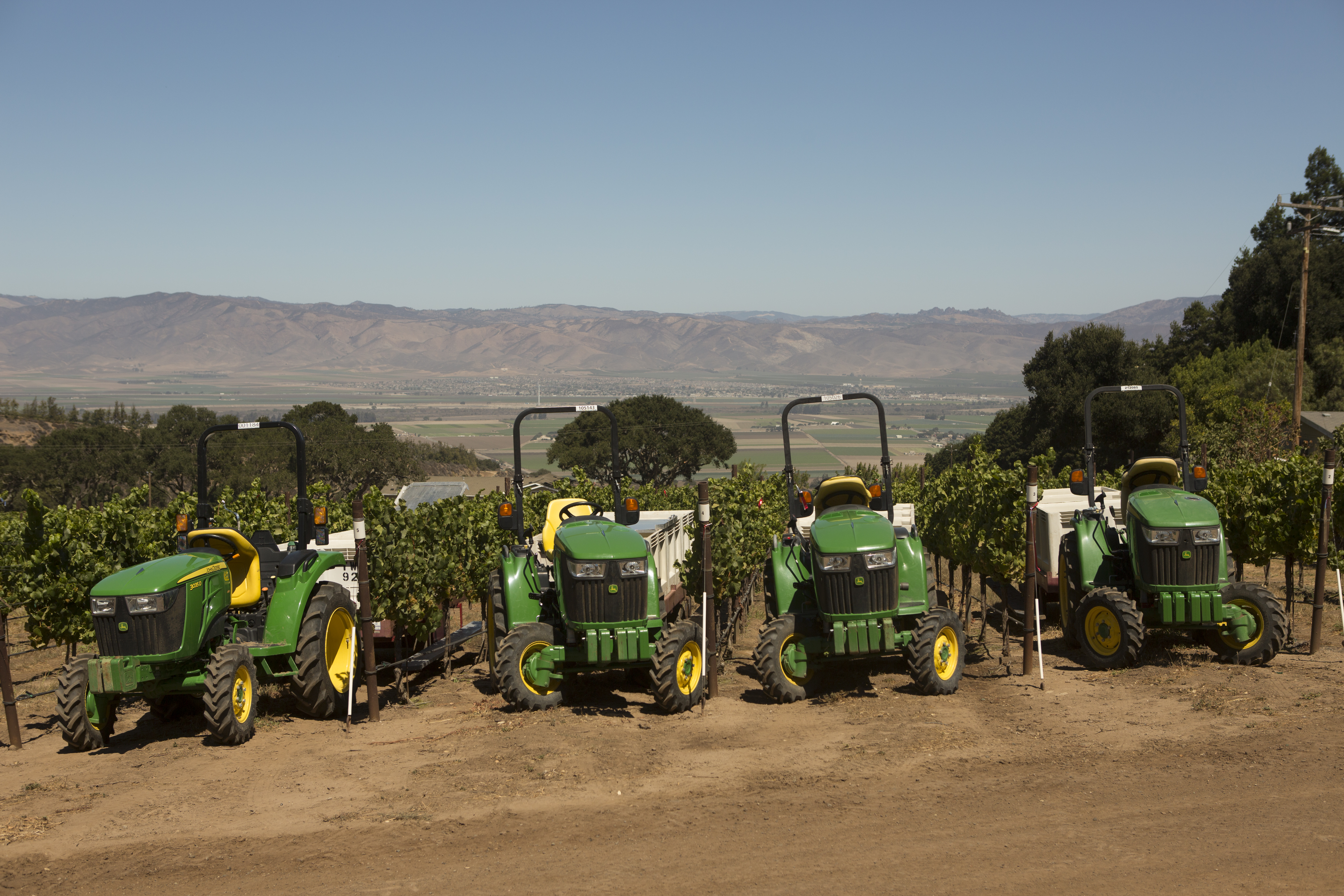 We often make improvements to our infrastructure but the one I’m most excited about this year is the newly paved road to the winery. No more potholes! As someone who drives it almost daily, I love this new surface, and we think visitors will appreciate it too. It’s so smooth I’ve decided to call it our Laguna Seca racetrack!

A stretch of 90°+ days the week before last was all we needed to hasten ripening, and our winery is full to the brim with fermenting fruit. By the time you read this we’ll have harvested all our Santa Lucia Highlands
Pinot Noir, and we’re about 60% finished with the Hahn Family estate acreage. 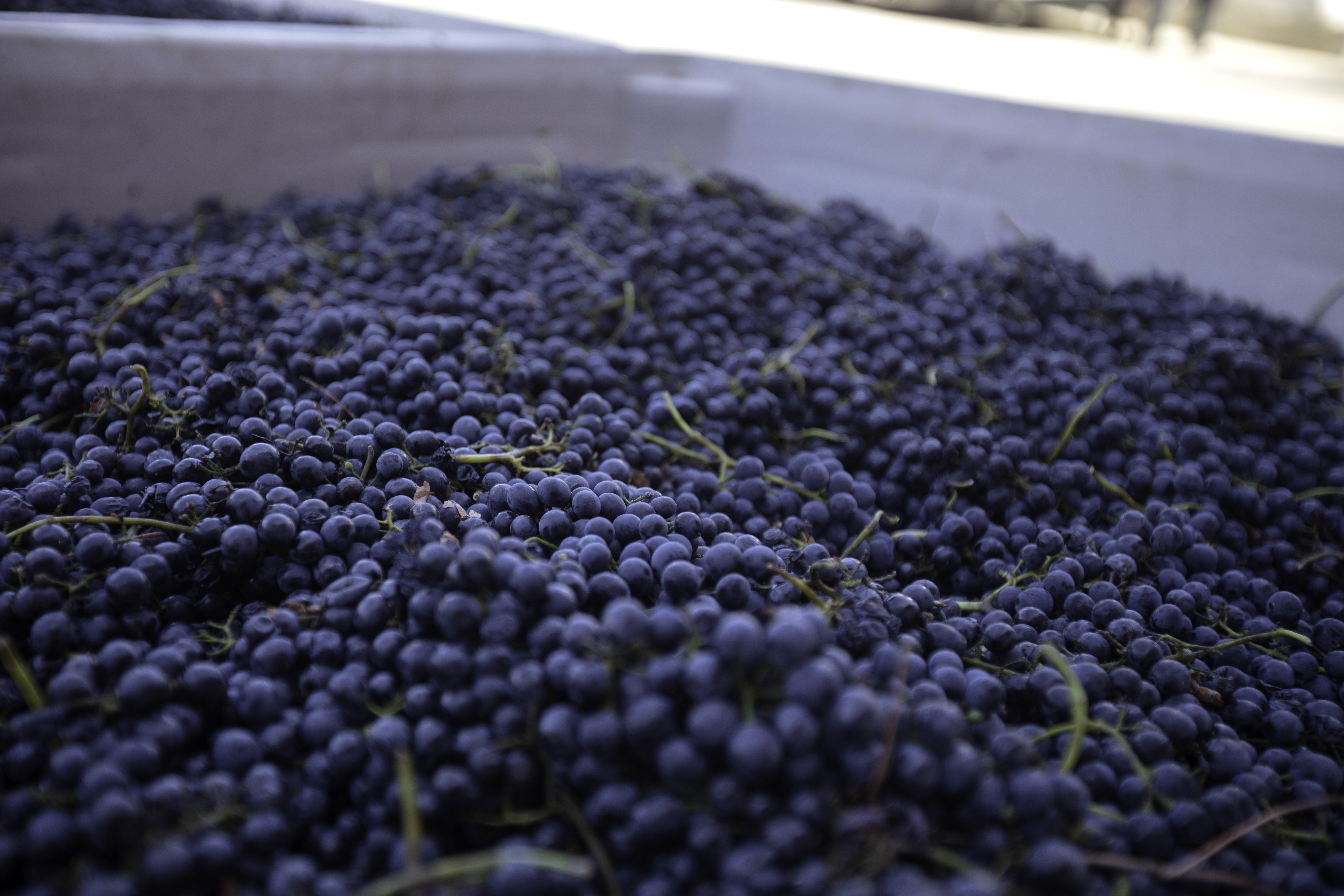 I’m very excited about two of the picks we did recently. We brought in the first Riesling grapes from Hook Vineyard this week, amounting to 8-10 tons off a three-acre block. This is a new varietal for the estate,
destined for a wine we’ll make for the Tasting Room, and the fruit looks really solid. We also brought in Chardonnay from some young plantings in Smith Vineyard. Our estate Chardonnays typically come from Lone Oak Vineyard, but some of the vines there are upwards of 45 years old and need to be replanted. Several years ago we started planting Chardonnay on Smith Vineyard to pick up the slack. Last year would have been the first harvest off these new vines, but smoke from the fires prevented us from using the fruit. So it was definitely a relief to harvest that Chardonnay this year, and like the Riesling, it looks fantastic. 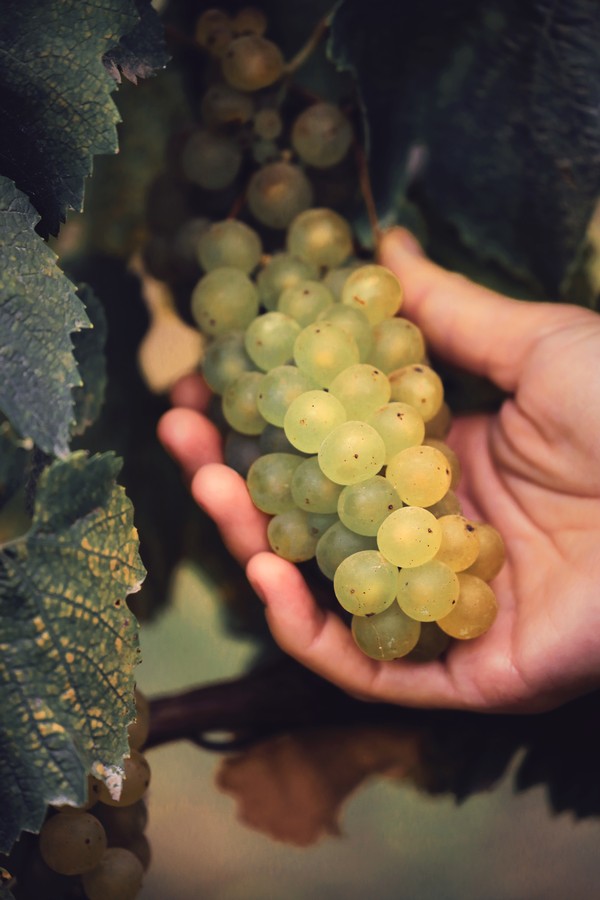 A couple of weeks ago Megan Conatser-McCollough told you about the first pass of Arroyo Seco fruit we brought in for our Smith & Hook Sauvignon Blanc. Those first grapes are meant to bring some of the fresh herbal qualities we associate with New Zealand Sauvignon Blancs to the wine, and though that characteristic was a little hard for me to detect when I tasted the grapes, the juice in the fermenter told a different story. I checked it out in the cellar…talk about aromas of fresh cut lawn! We’ll bring in the second and final pass of Sauvignon Blanc this Friday, and I can’t wait to smell and taste the difference.

Harvest is off to a relatively slow start this year, though I expect that to change pretty soon. As Paul told you last week we’ve brought in a few blocks of Pinot Noir, some for Lucienne and some for our Noir Blanc, but we’re still waiting on the majority of our fruit in the Santa Lucia Highlands to achieve ripeness. The funny thing is that while we’re a little behind in our SLH vineyards, we appear to be a little ahead in Paso Robles. I predict we’re going to receive a lot of fruit all at once, but we can handle it.

Our falconer, Kathleen Tigan, is back, and it’s a good thing because the bird pressure is intense this year. Starlings love grapes and have a sixth sense about when they’re getting close to ripening. The falcon doesn’t hurt the birds, just scares them away. But Kathleen has noticed the starlings aren’t behaving the same way this year. Usually, they stay away for a couple of days after the falcon comes out, but recently they’ve been coming back after only a few hours. Are they hungrier this year? It’s hard to say, but since she can’t fly her falcon 24/7, Kathleen has been using additional methods to keep the birds at bay. In addition to running her dog in the vineyards, she uses whips that make a loud “pop” when she snaps them, which scares the birds. She looks like Indiana Jones out there!

By the way, have you ever seen – or heard – a flock of starlings? I live in a rural area and was out with my kids the other day when one came over the property. There must have been 1000 birds in that flock, and we could hear them coming. The noise was amazing. (No wonder a group of starlings is known as a ‘murmuration.’) And it looked like a giant, undulating alien ship overhead when they flew over. Of course starlings aren’t harmful to humans, just vineyards. All I could think was thank goodness for Kathleen and her falcon.